Carlson used  Friday’s edition of his eponymous show to note that Biden claimed Putin has no soul and believes that he’s a murderer.

“This is a head of state who has like over a thousand nuclear weapons aimed at us. Why does our President talking about Russia this way?” Carlson asked.

“Well, it is obvious. Clearly, we are moving toward some kind of larger confrontation with Russia. Why are we doing that? And what would it look like?”

Carlson’s comments come in the wake of new sanctions on Russia implemented by the Biden administration.

According to Biden, the new measures are a response to “specific harmful actions that Russia has taken against U.S. interests.”

Carlson noted that Biden’s new sanctions, which he suggested would wreak havoc on the Russian economy, are part of a broader plot against the country that the current administration has yet to reveal a motive for.

“But they don’t really need to because Vladimir Putin is so unbelievably historically monstrously evil, you don’t need a justification to go a war against him.” 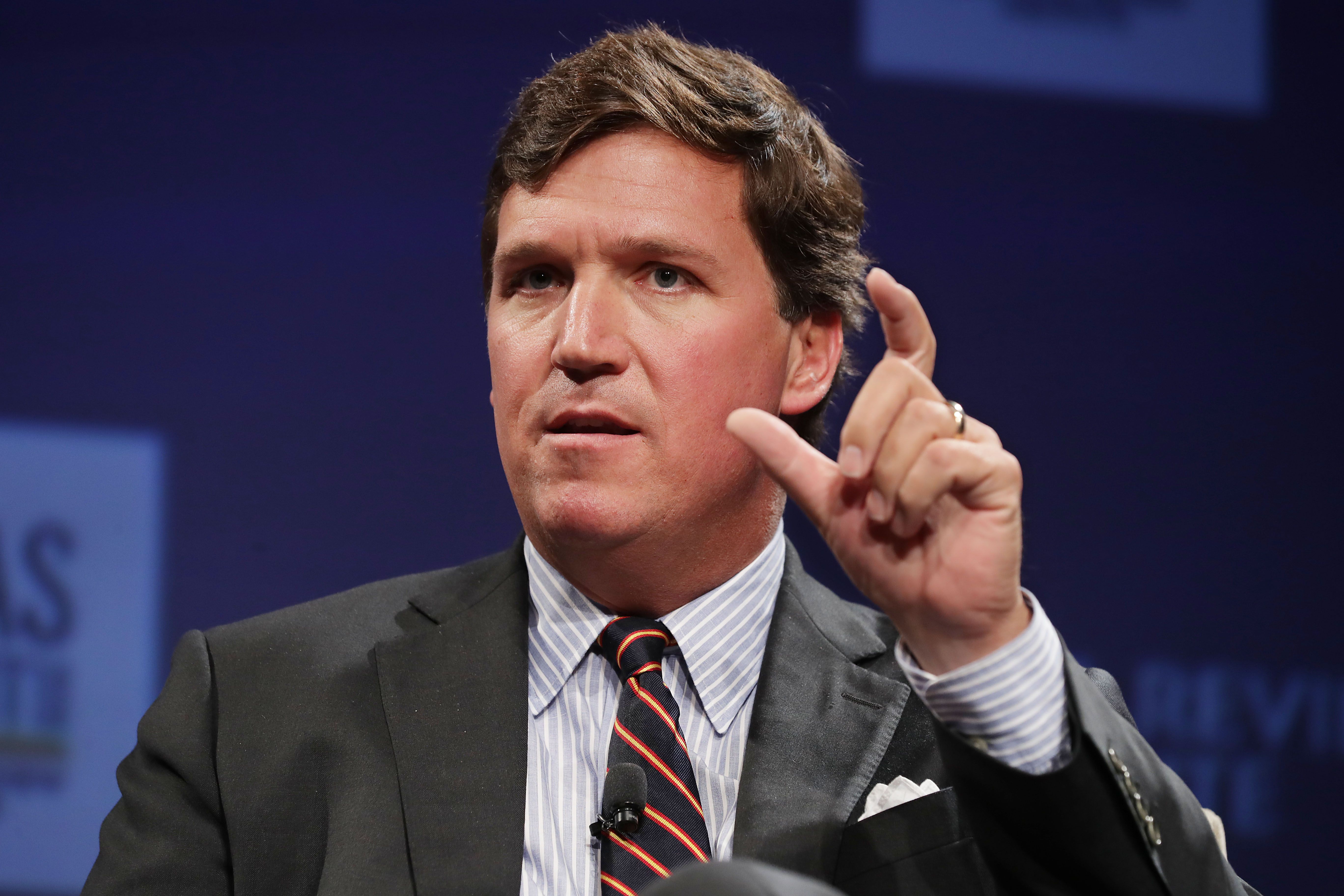 During his segment, Carlson also took aim at the U.S. intelligence community, which previously suggested that Russia offered bounties to Taliban-backed militants to kill U.S. troops in Afghanistan.

As The Inquisitr reported, Biden’s administration walked back the claims this week and said that the intelligence community only has low to moderate confidence in the theory.

Notably, Carlson contended that American lawmakers pointed to the story while pushing their plan to amend the Annual Defense Budget — which ultimately passed and became law — and prevent Donald Trump from pulling out of Afghanistan.

Biden Canceled Plans To Send Warships To The Black Sea

Amid tensions between Ukraine and Russia, The Inquisitr reported that Biden’s Pentagon was allegedly planning to send U.S. warships to the Black Sea in support of the former country.

But the plan didn’t last long. As reported by Politico, Biden’s administration walked back the proposal due to concerns about escalating tensions between Ukraine and Russia.

In particular, the plan was scrapped after clashes between Ukrainian soldiers and Russian-backed separatists surfaced in Eastern Europe.

According to Politico, U.S. officials were worried about exacerbating the situation.

Biden Says He Is Ready For ‘Further Action’ Against Russia

Amid the recent sanctions and diplomatic expulsions, Biden suggested that he is prepared to continue his tough stance on Russia, CNBC reported.

“If Russia continues to interfere with our democracy, I’m prepared to take further actions to respond,” he said.

According to Biden, he warned Russian President Vladimir Putin that the U.S. could have taken even more extreme measures against his country but chose not to.

In response to the recent moves by Biden’s White House, Russia slammed America and said it would soon take retaliatory measures.

Escape to the Country: Jules Hudson abandons house viewing halfway through ‘Off you go!'

Escape to the Country: Jules Hudson abandons house viewing halfway through ‘Off you go!'