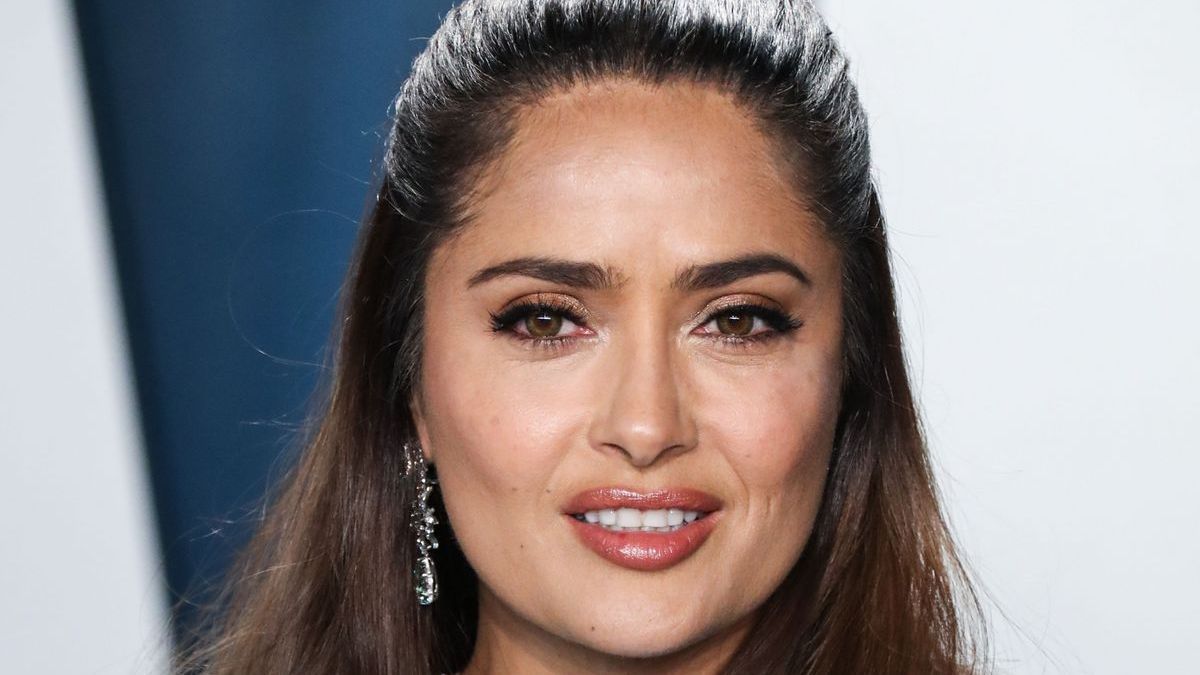 Salma Hayek is getting her fingers nibbled by her pet owl, and Instagram is obsessed. The 54-year-old actress, who regularly updates with her hooter Kering, today updated via stories as she posted for her 18 million followers, with a video seeing her in a bit of a one-way conversation with her bird. Salma, who named Kering after the mega company owned by billionaire husband François-Henri Pinault, called her pet “curious”. She also seemed to be getting plenty of affection as she talked birds and bags. Check it out below. 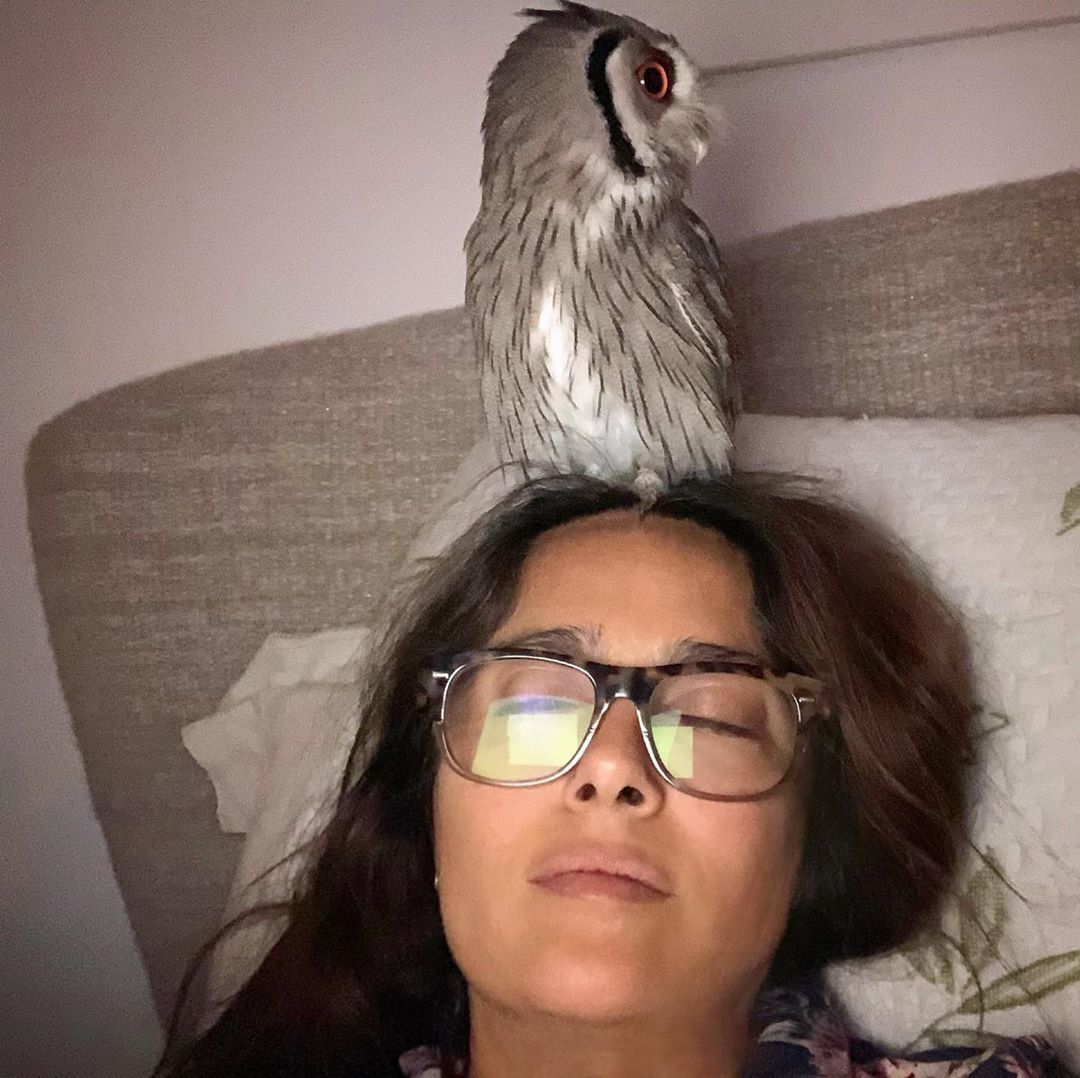 Scroll for the video. Salma, who got gave Kering to her husband as a Valentine’s Day present a few years back, had been filmed indoors, in a studio, and looking super-smart and colorful as she wore a chic blouse and delicately handled Kering amid a handbag setting.

“Oh god,” Salma told her fans. “I need to….off me.” Discussing things she would put “in a bag,” the MCU face was seen with Kering perched on her hand, adding: “Sometimes she likes to stand on the bags. Here you go!!”

Hayek added that she didn’t think it would be “nice to put it in this bag,” but she did admit that Kering looked comfortable. “Her name is Kering and she’s part of the family! She’s normally very curious,” the Mexican continued.

An adorable moment that saw Kering nibble on Hayek’s fingers brought a reveal: “Those are kisses,” the star told her fans. For those wondering, Kering also seems to keep Salma company when her husband is out of town. More photos below.

‘She Sleeps In The Room With Me’

Speaking to People, Salma revealed: “When my husband is not in town, she sleeps in the room with me,” adding: “We have certain routines before we go to sleep. I watch TV with my iPad and she likes to stand on the iPad.”

Turns out, Kering is also partial to certain beverages. Salma continued: “Even though owls don’t drink liquids because they take everything from their prey, she likes good wine, this one.” The “super cool” pet is also massively popular on Instagram. Scroll for more photos. 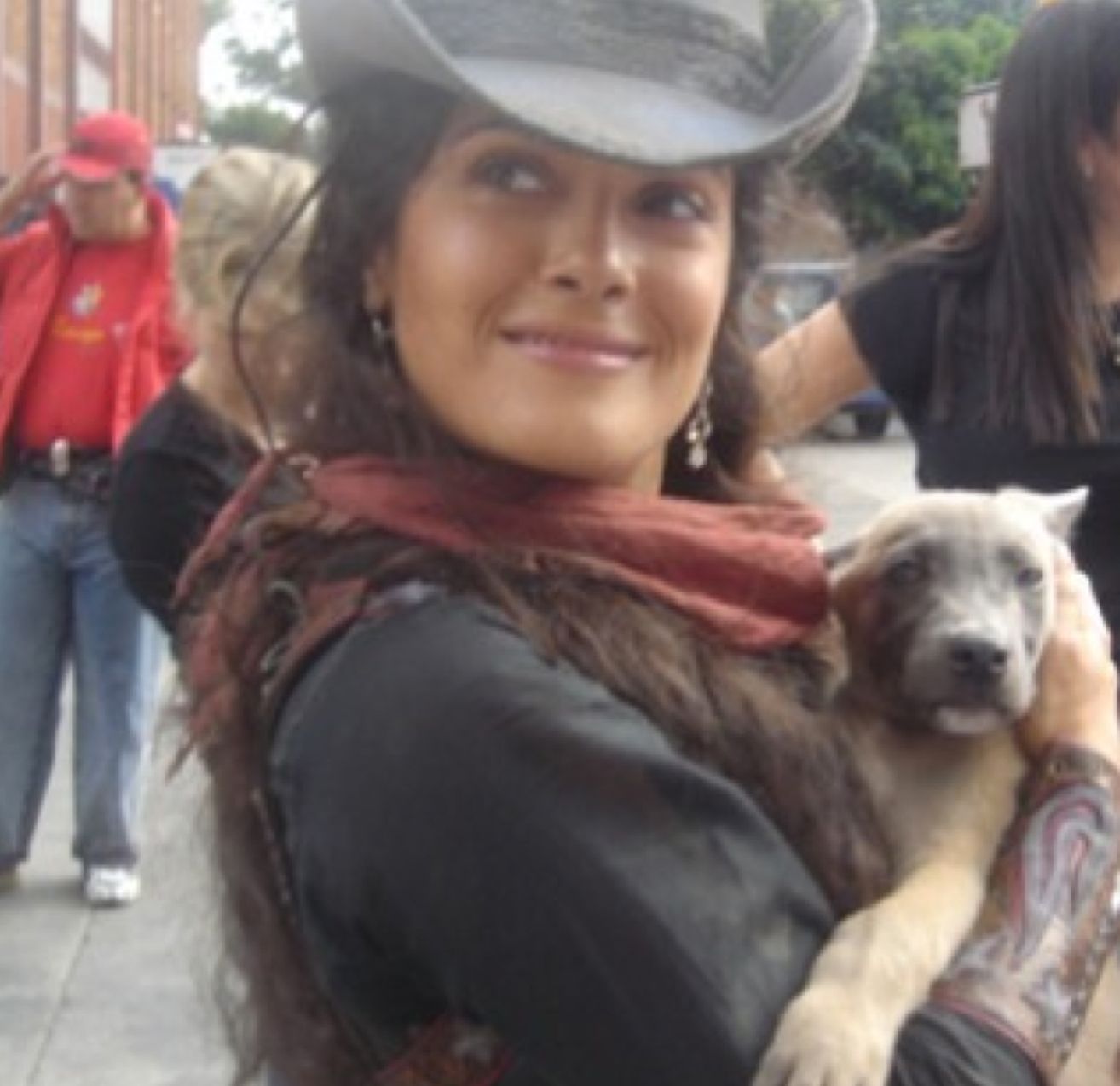 Salma, who made 2020 headlines for shaving her alpaca on Instagram and joins celebrity pet lovers from 28-year-old singer Miley Cyrus and sweetheart pop face Ariana Grande to the Kardashians, has also said:

“Because they don’t talk, you really have to be present with them, to communicate with them, to understand them. They always make you feel welcome. They never complain.”

Salma is fresh from the news that she suffered a near-fatal COVID battle, even requiring oxygen as she stayed in isolation for seven weeks at her home.

Stomach bloating: The best drink according to experts to help reduce your painful symptoms