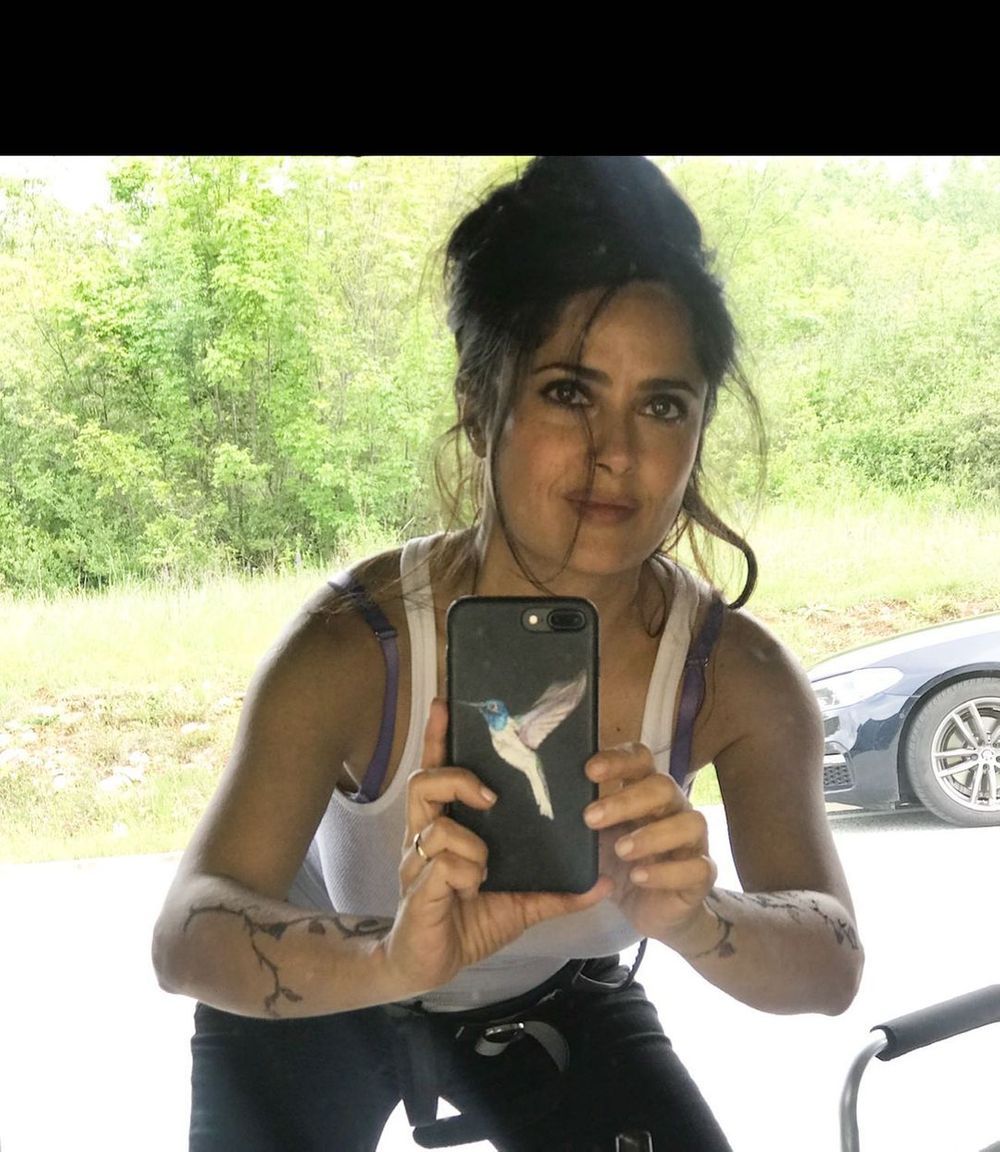 Scroll for the photo, one that comes as Salma also preps for the release of MCU movie The Eternals, plus new Amazon Prime Video flick Bliss, co-starring Owen Wilson.

The photo was your standard movie promo, but it wasn’t half lacking as Salma was sandwiched by her A-List co-stars and brandishing a big handgun. The Mexican, shot against yellows and with her head and those of Ryan and Samuel caught in a v-shape, was showing off her vibes in a dark shirt with rolled-up sleeves, also sporting messy bun hair.

The tight pants shot, one that follows a parking lot selfie as Salma snapped herself from the set, came with only hashtags and IG handle shout-outs for its caption.

“#hitmanswifesbodyguard,” Salma wrote, also tagging the movie, production, and her co-stars. The post clocked Salma over 50,000 likes in just one hour, with fans saying: “We are really looking forward to it, it will be very interesting and cool.”

“Salma is the main star of this one,” another added, with Hayek also told: “You look super cute!” See more photos after the shot.

Samuel L. Jackson On Her Beauty

Salma, this year already in the news for being included in People‘s “Most Beautiful” feature, has had her good looks mentioned by her MCU co-star. Speaking as the first installment of the franchise was released in 2017, Jackson stated:

“I see her, I just see her at awards shows backstage. And I was like everybody else, you know, you always look at her and she’s like too beautiful to touch. You know. It’s like, I’m gonna damage her if I touch her.”

Pulling Own Stunts At 54

In January of this year and while offering up some of the first promo for her upcoming movie, Hayek referenced her age and pulled a bit of an Angelina Jolie as she referred to pulling her own stunts. She told fans:

“Never let anyone tell you you are too old. Get ready for this summer where, at 54, I get to pull some of my best stunts ever.”

Salma turned 54 in October 2020, marking her birthday from a sun-drenched Greek getaway.