Perrie Edwards looked ready to spend an afternoon sunbathing at the beach in a photo that she posted to her Instagram page. The swimsuit pic was part of a random selection of images and videos that the 27-year-old Little Mix singer gifted to her 11.4 million followers this week. She noted that “Lockdown 3” in England has severely limited the amount of content she could create, so she simply threw together some “random s**t” for her fans to enjoy. Her adorable pet pooches and her beau made cameos in the social media dump.

The Perrie Drought Ends With A Bang 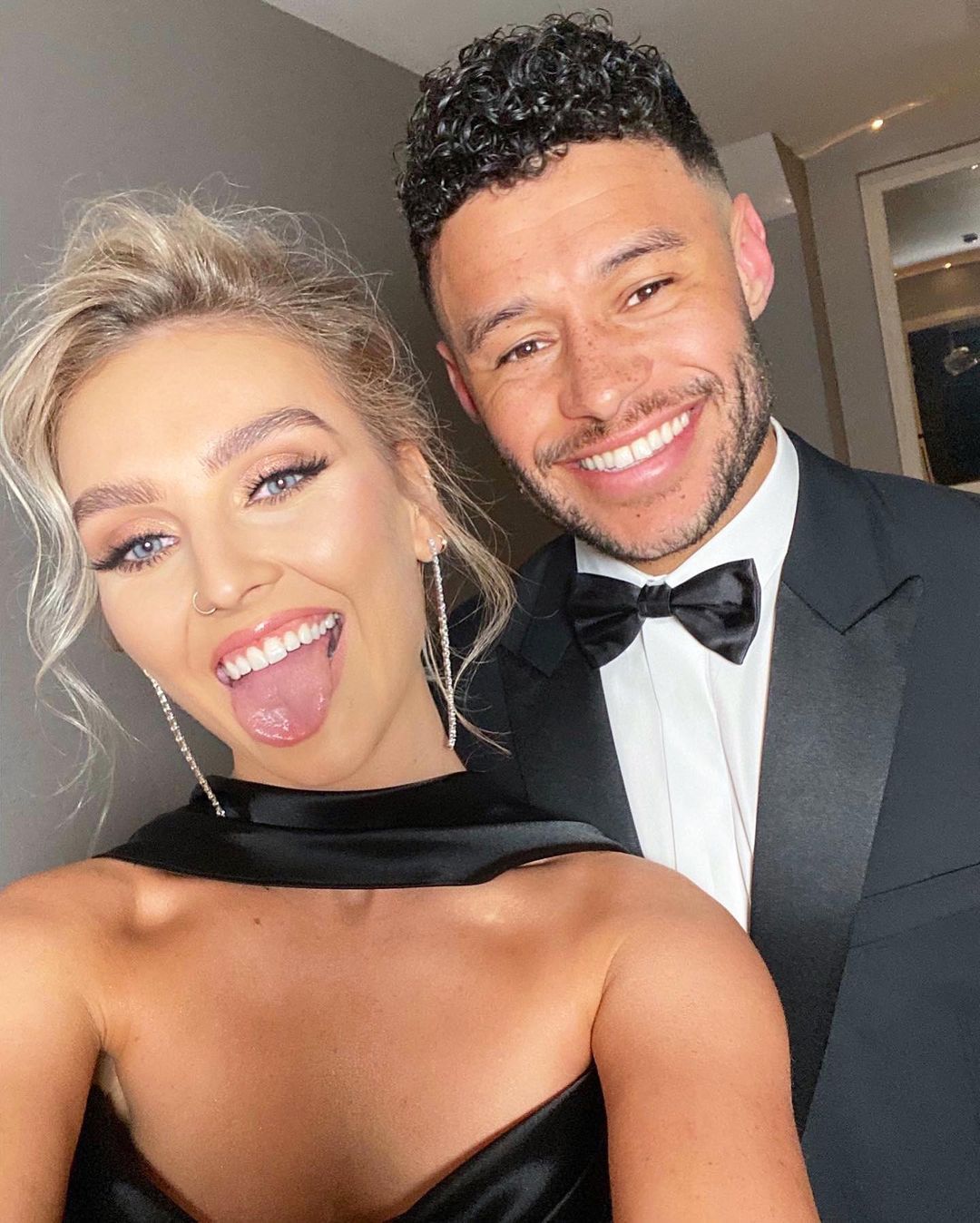 Keep moving on down to see Perrie’s bikini selfie. Her March 18 post was the first that she had shared since Christmas Day, when she uploaded a picture of herself, boyfriend Alex Oxlade-Chamberlain, and their dog Otis posing in front of their lit-up tree.

In her opening shot, Perrie wore a red bikini with contrasting crocheted trim and stitching in a cream hue. A delicate gold anklet adorned one ankle. Her blond tresses were styled in tidy, lustrous waves that pumped up her hair’s volume significantly. She crossed one ankle in front of the other and bent her knee, drawing attention to her shapely legs. Her thighs and calves looked strong and toned.

Perrie’s string bikini previously made an appearance in a few photos that she shared last August. They showed her and Alex posing together on a yacht.

Her new upload included a video clip of the recording artist showing off her singing skills in the studio. She belted out a snippet of the emotional Little Mix song “My Love Won’t Let You Down,” which was recorded when Jesy Nelson was still a member of the group. The video was followed by a picture of Perrie’s blue-eyed French bulldog, Travis.

In the next image, Perrie modeled a kimono-style silk mini dress. It was black with a rose pattern that was a few shades darker than Travis’ bright eyes.

Perrie’s Pup Cracks Her Up 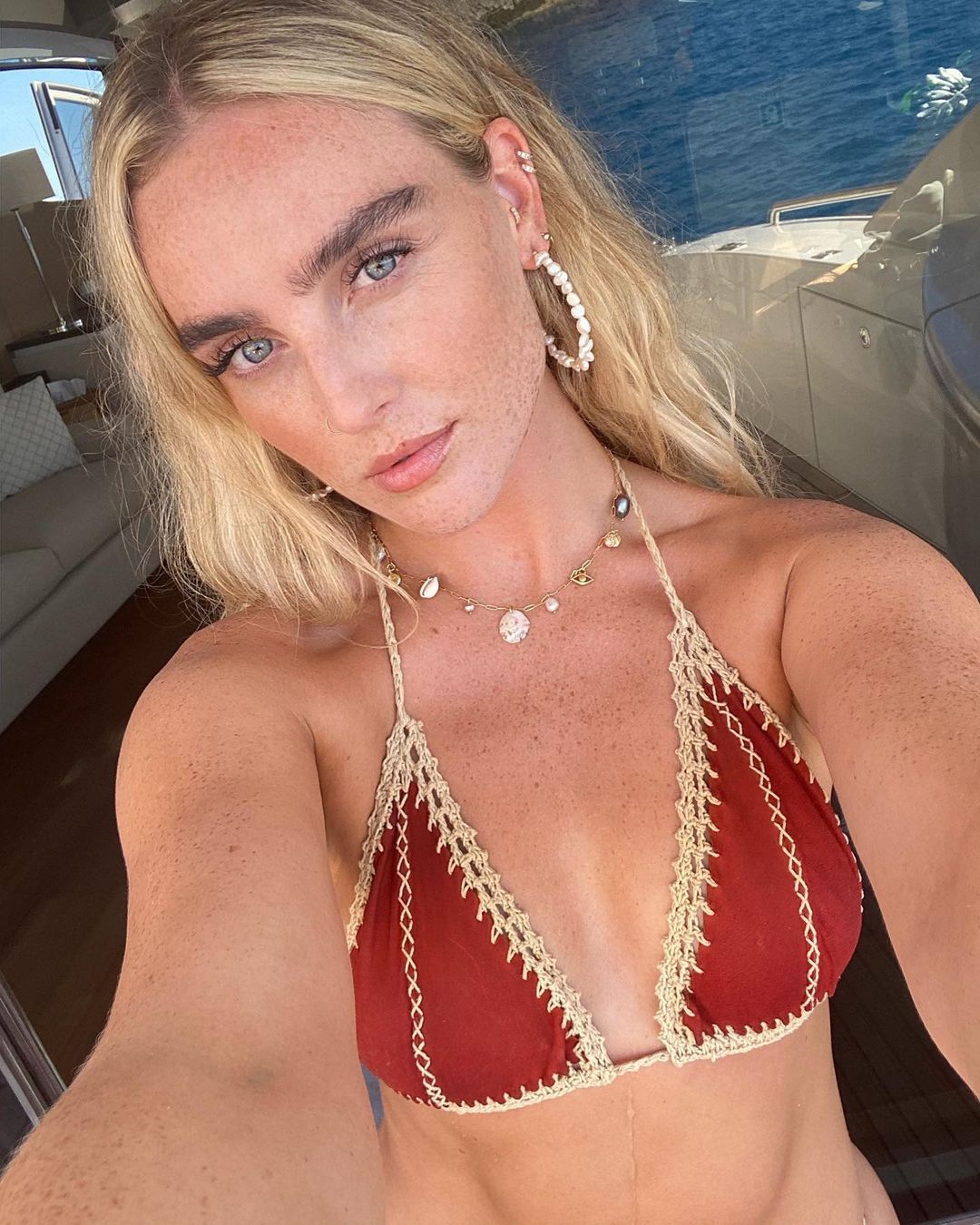 In a silly clip, Perrie’s Pomeranian Hatchi stole the spotlight with his adorable antics. After enjoying a good cuddle with his human and getting a few belly scratches, the content canine decided to poke his little nose through one of the large openings between the stitches of a chunky knit blanket. He pushed his head forward and stretched the blanket out, making it possible for him to use two other spaces as eye holes. Perrie couldn’t contain her laughter as her pet pooch stared at her from his cozy net.

Travis Has Got Talent 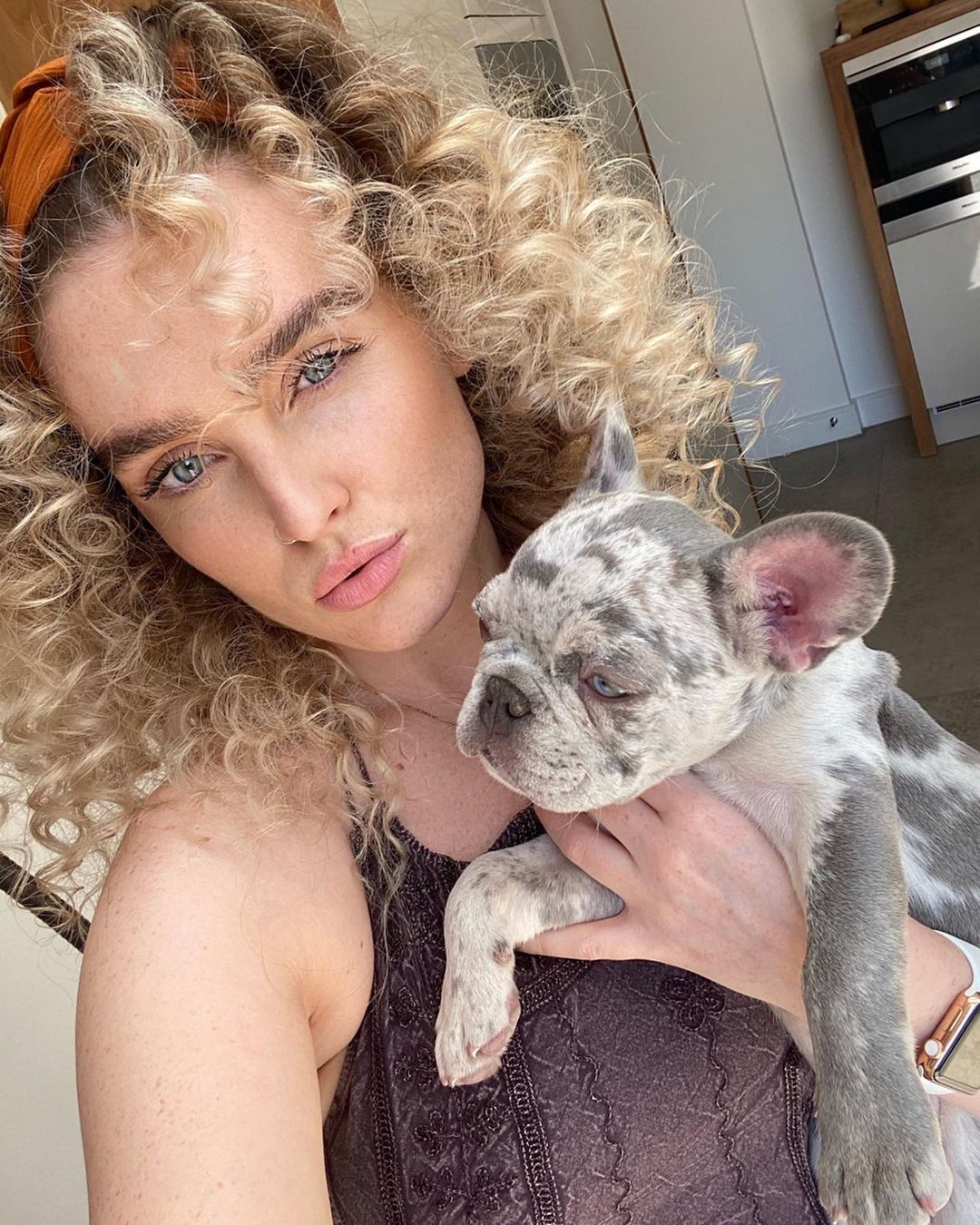 Travis got his turn to cuddle with Perrie in her final photo, which showed the pair relaxing together in a chair. This was followed by one more video of the Frenchie showing off in Perrie’s flat. Apparently, the pop star and her boyfriend have been spending some of their time in lockdown coming up with creative ways to keep Travis active indoors. The couple even created a mini agility course for the canine to conquer.

Perrie used treats to get Travis to weave in and out of a row of evenly-spaced jars on the floor. However, disaster struck when they reached the gate obstacle — Perrie accidentally knocked over the pole that Travis was supposed to hop over before he got a chance to try.

Alex followed the duo around and filmed them like a pro as they scrambled around the flat. He seemed to be in good spirits, and he had a good laugh when Perrie stumbled.