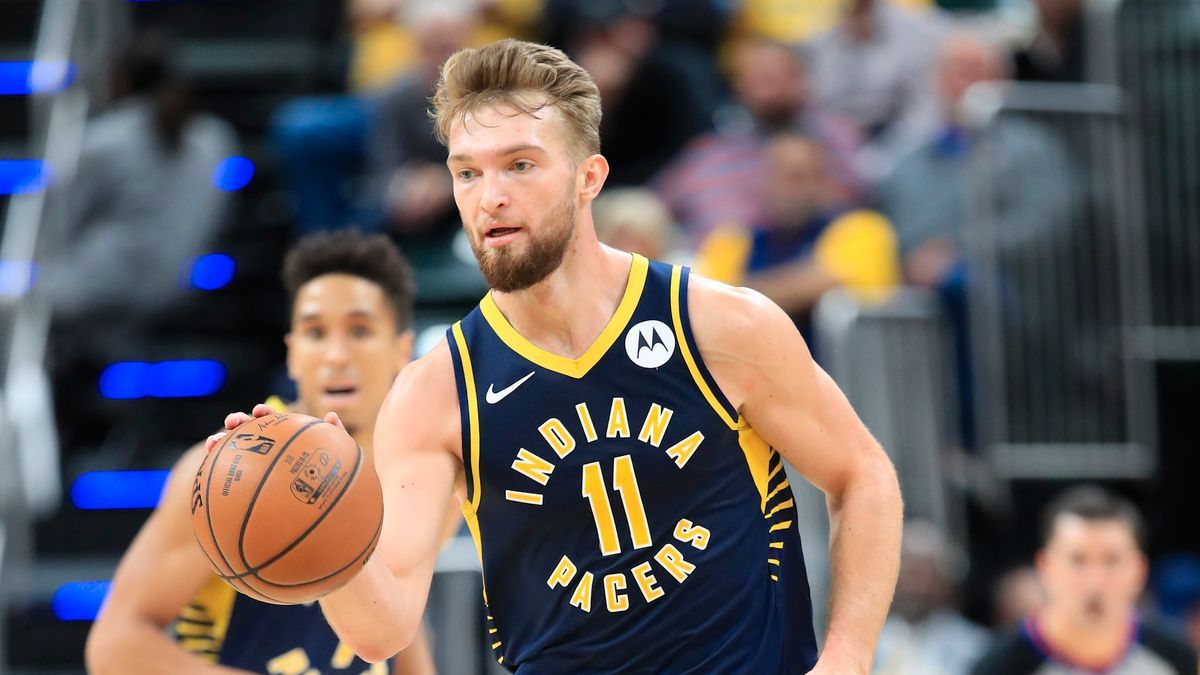 Despite numerous calls for them to trade All-Star shooting guard Bradley Beal and undergo a full-scale rebuild, the Washington Wizards still haven’t given up with their hopes of winning the NBA championship title in their current iteration. They may be currently out of the playoff race but with the improvements shown by Beal and Russell Westbrook, they may choose to build a more competitive roster around their explosive backcourt duo instead of tearing their roster apart in the 2021 offseason.

One of the dream acquisitions for the Wizards this summer is Domantas Sabonis of the Indiana Pacers. In a recent article, Brett Siegel of NBA Analysis Network included Sabonis on the list of potential offseason trade targets that could take the Wizards to the next level in the 2021-22 NBA season. The Pacers may not have shown a strong indication that they are planning to move Sabonis in the upcoming offseason but with the logjam in their frontcourt, some people think that they may consider trading him if the right deal comes along. Trading away young players and future draft assets for a center of Sabonis’ caliber should be a no-brainer for the Wizards, especially if they are serious about building a title-contending team around Beal and Westbrook.

“The clock is ticking on both Russell Westbrook’s and Bradley Beal’s futures in Washington, which is why making a move for a player like Domantas Sabonis is necessary,” Siegel wrote. “They desperately need a reliable frontcourt player to lean on, which is exactly what they would be getting with Sabonis. Not only could he be a great fit next to Russell Westbrook and Bradley Beal, but the addition of Domantas Sabonis gives the Wizards three All-Star players to potentially contend in the Eastern Conference.”

Sabonis would be an incredible addition to the Wizards. He could provide them with a major upgrade at the starting center position, giving them a very reliable scoring option under the basket, a great rebounder, on-court facilitator, defender, and floor-spacer. This season, the 24-year-old big man is averaging 19.9 points, 11.6 rebounds, 6.0 assists, and 1.1 steals while shooting 52.0 percent from the field and 30.2 percent from beyond the arc, per ESPN.

Sharing the floor with a three-point shooting big man like Sabonis would make it easier for Beal and Westbrook to penetrate the basket or kick the ball out when they are trapped by the opposing team’s defense.

It would still take time for Sabonis to familiarize himself with Coach Scott Brooks’ system but once he builds good chemistry with Beal and Westbrook, the Wizards have the potential to become a legitimate threat in the Eastern Conference in the 2021-22 NBA season. When all of them are fully healthy, the trio of Sabonis, Beal, and Westbrook is capable of matching up against star-studded teams like the Brooklyn Nets, Milwaukee Bucks, Philadephia 76ers, Los Angeles Lakers, and the Los Angeles Clippers.