Since the 2020 offseason, rumors have been continuously swirling around All-Star shooting guard Zach LaVine and his future with the Chicago Bulls. The Bulls tried to end the trade speculations surrounding LaVine by engaging in a blockbuster deal before the 2021 trade deadline. To show everyone in the league that they are serious about building a title-contending team around LaVine, they sacrificed multiple future draft assets to bring Nikola Vucevic to Windy City.

After the successful acquisition of Vucevic, most people are expecting the Bulls to offer LaVine a massive contract extension in the 2021 offseason.

Zach LaVine Plans To Become A Free Agent In 2022 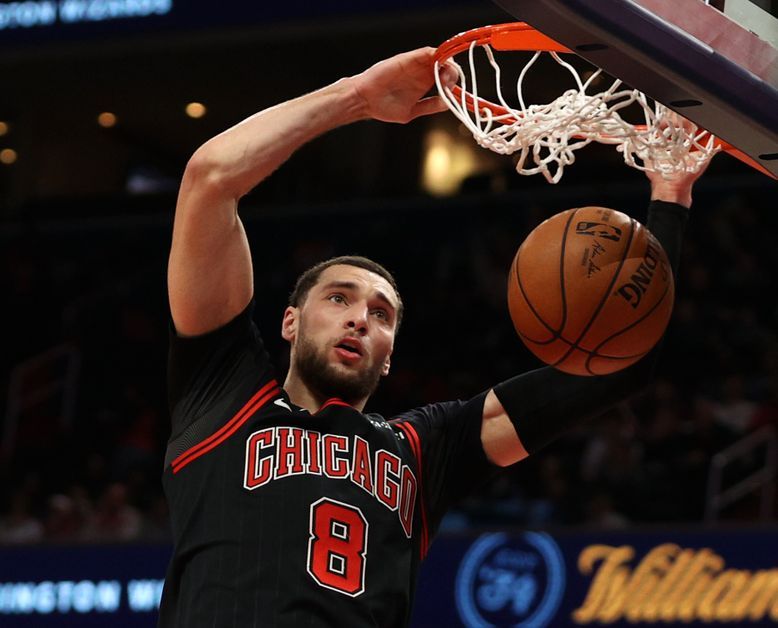 However, according to rival executives who spoke to Bleacher Report, LaVine could decline to ink a new deal with the Bulls in the 2021 offseason and test the free agency market in the summer of 2022.

“Convincing Zach LaVine the Bulls are building a playoff contender is important when you consider the 26-year-old’s ‘focus’ coming into the season was to get Chicago into the playoffs. That’s why rival executives anticipate the Bulls will try to lock up LaVine with a contract extension (he will make $19.5 million this season and next) but know he’ll likely let his deal lapse, become an unrestricted free agent and sign what will be a more lucrative multiyear max pact.”

It wouldn’t be a surprise if LaVine really decides to test the free agency waters in the summer of 2022 than immediately signing a massive contract extension with the Bulls in the 2021 offseason. By waiting for his current contract to expire and joining the 2022 free agency class, LaVine would have the opportunity to earn more money. With his performance in the 2020-21 NBA season, most teams wouldn’t think twice before offering him a maximum contract when he becomes an unrestricted free agent.

The recent acquisition of Vucevic may not be enough to make the Bulls the No. 1 favorite to represent the Eastern Conference in the NBA Finals, but an Eastern Conference executive who spoke to Bleacher Report believes that it would play a major role in their plan to keep LaVine long-term in Windy City.

“Them getting Vooch sent a clear message to Zach that yes, Chicago is serious about trying to put together a winner here and now,” the Eastern Conference executive said.

To further convince LaVine to re-sign in the 2022 free agency, the Bulls shouldn’t stop from finding ways to improve their roster. Pairing Vucevic with LaVine has undeniably made the Bulls a more competitive in the Eastern Conference, but it’s clearly not enough to put them on the same level as powerhouse teams like the Brooklyn Nets, Milwaukee Bucks, and the Philadelphia 76ers.

In order to boost their chances of fully dominating the Eastern Conference and winning the NBA championship title, the Bulls should strongly consider targeting another superstar in the 2021 offseason.

Who is Philip Osborne in Line of Duty? Why is the Chief Constable important?

Who is Philip Osborne in Line of Duty? Why is the Chief Constable important?