The Golden State Warriors are expected to be one of the most active teams on the trade market in the 2021 offseason. They may have let the trade deadline pass without making any major moves but when the season is officially over, they are expected to resume their pursuit of a fourth superstar that would help Stephen Curry, Klay Thompson, and Draymond Green reclaim their throne and revive their dynasty next year.

The season is still far from over, but the Warriors have already been linked to several big names who could be available on the trading block this summer. 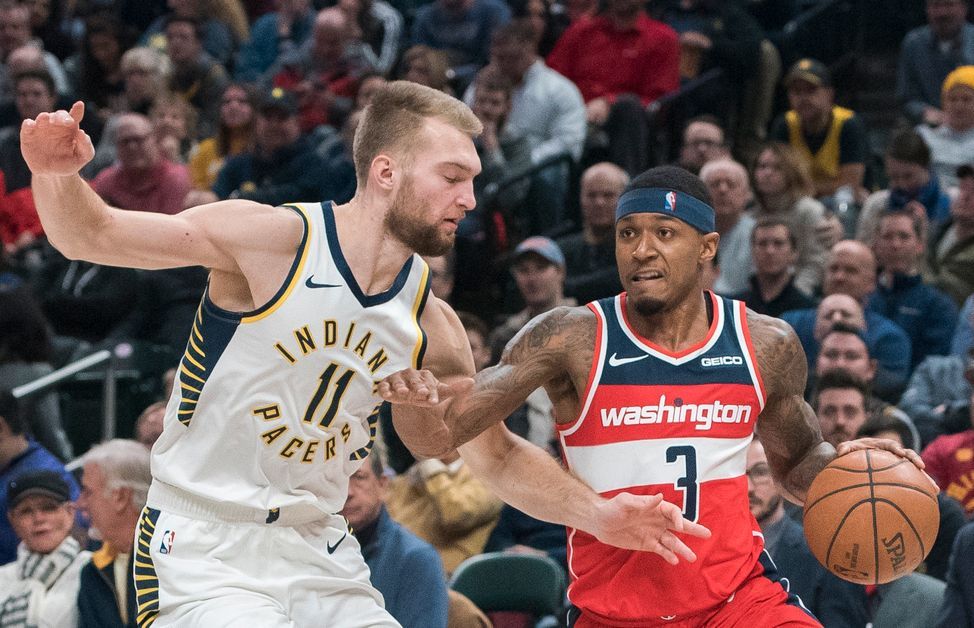 Having James Wiseman and the Minnesota Timberwolves’ 2021 first-round pick, the Warriors are indeed in a strong position to engage in a blockbuster deal this summer. According to Greg Swartz of Bleacher Report, among the players that the Warriors could target on the trade market include Bradley Beal of the Washington Wizards, Domantas Sabonis of the Indiana Pacers, and Pascal Siakam of the Toronto Raptors.

“Bradley Beal will continually be a name to monitor as the Washington Wizards slowly waste another year of his prime. Pascal Siakam and Domantas Sabonis have played well for disappointing teams this year and could be players to monitor as well.”

Of all those players, Beal would undeniably be the best trade target for the Warriors. Beal’s potential arrival in Golden Staten would tremendously boost their performance on the offensive end of the floor, giving them a very reliable scoring option, playmaker, and floor-spacer. This season, the 27-year-old shooting guard is averaging 31.0 points, 4.8 rebounds, 4.8 assists, and 1.2 steals while shooting 48.4 percent from the field and 34.1 percent from beyond the arc, per ESPN.

With his ability to excel in an off-ball capacity, he wouldn’t have a hard time fitting in with Curry, Thompson, and Green. Once they find the perfect chemistry, the Warriors could form a three-headed monster of Beal, Curry, and Thompson in their backcourt next season.

Replacing Wiseman with Sabonis as their starting center in the 2021-22 NBA season would make a lot of sense for the Warriors. Wiseman may have shown huge superstar potential, but the Warriors may no longer have the patience to wait for his full development. With their goal to maximize the championship window of Curry, Thompson, and Green, what the Warriors need right now is win-now help like Sabonis.

With the improvements that he has shown this season, Sabonis is definitely worth giving up Wiseman and the Timberwolves’ pick. He would give the Warriors an All-Star caliber center who is capable of efficiently knocking down shots from beyond the arc.

Since the departure of Kevin Durant, the Warriors have been active on the market in trying to fill the huge hole he left in their wing. They may currently have Andrew Wiggins on their roster, but it wouldn’t be surprising if they still try to look for an improvement in the 2021 offseason. Siakam may not be as good as Durant, but he’s clearly an upgrade over Wiggins.

Siakam would give the Warriors another prolific scorer, rebounder, on-court facilitator, floor-spacer, and lockdown defender. This season, the 26-year-old small forward is averaging 20.8 points, 7.2 rebounds, 4.7 assists, and 1.1 steals while shooting 45.3 percent from the field, per ESPN.

Paracetamol: Can you take the painkiller after getting your Covid vaccine? Latest advice