<p>In the past months, rumors have been continuously swirling around veteran point guard <a target="_blank" rel="noopener noreferrer" href="https://www.inquisitr.com/6485165/nba-rumors-kyle-lowry-trade-would-be-dream-scenario-for-knicks-b">Kyle Lowry</a> and his future with the <a target="_blank" rel="noopener noreferrer" href="https://www.inquisitr.com/6485056/nba-rumors-heat-discussed-trading-goran-dragic-kelly-olynyk-kend">Toronto Raptors</a>. Though he remains an official member of their roster, multiple signs are pointing out that Lowry and the Raptors are heading in different directions before the 2021 trade deadline. If they don’t have any plan of giving him a new contract, most believe that they are better off trading Lowry now than losing him in the 2021 free agency without getting anything in return.</p> 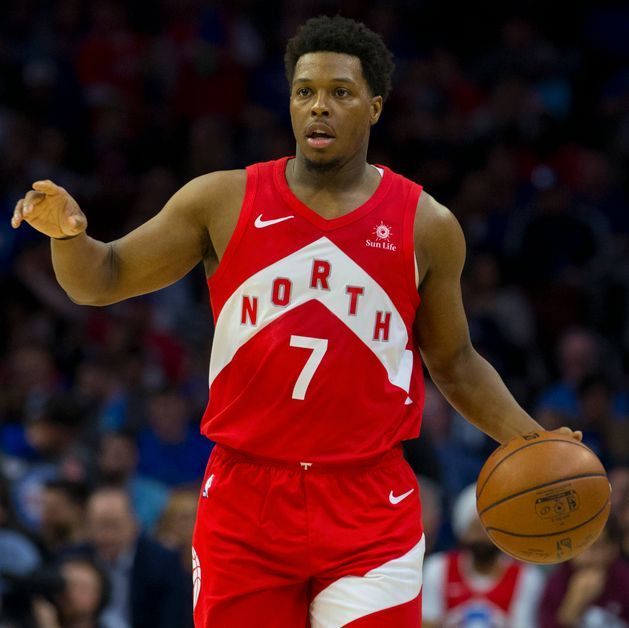 <p>Once he becomes officially available on the trading blocks, several teams that are in dire need of a backcourt boost and additional star power will surely express an interest in adding him to their roster. One of the most interesting landing spots for Lowry in the 2020-21 NBA season is his hometown team, the Philadelphia 76ers.</p><p>In a recent article, Greg Swartz of <a target="_blank" rel="noopener noreferrer" href="https://bleacherreport.com/articles/2935958-nba-trades-that-would-blow-up-2021-playoff-race"><i>Bleacher Report </i></a>created a list of blockbuster trades that would blow up the 2021 Playoff race. These include the deal that would send Lowry to the Sixers before the 2021 trade deadline.</p>

<p>In Swartz’s proposed trade scenario, the Sixers would be sending a package that includes Tyrese Maxey, Danny Green, Mike Scott, Terrance Ferguson, and a 2021 first-round pick to the Raptors in exchange for Lowry. If the deal goes through, Swartz believes that it would not only benefit the Sixers, but also the Raptors.</p><blockquote><p>"Maxey, 20, was the 21st overall pick in the 2020 draft and has shown tremendous potential as a scorer. Green was a big part of the Raptors’ championship win two years ago and could help keep them competitive now, while the first-round pick pushes Toronto over the edge to make the deal."</p></blockquote>

Why Trading For Kyle Lowry Make Sense For Sixers

<p>Though it would cost them precious trade assets, bringing Lowry home to the City of Brotherly Love would be worth exploring for the Sixers, especially if they want to strengthen their chances of fully dominating the Eastern Conference and capturing the Larry O’Brien Trophy this season.</p><p>His arrival in Philadelphia would help them improve their performances on both ends of the floor, giving them another reliable scoring option next to Ben Simmons, Joel Embiid, and Tobias Harris, as well as a decent playmaker, perimeter defender, and floor-spacer. This season, the 24-year-old floor general is averaging 17.8 points, 5.6 rebounds, 7.5 assists, and 1.2 steals while shooting 43.7 percent from the field and 38.6 percent from beyond the arc, per <a target="blank" rel="noopener noreferrer" href="https://tv5.espn.com/nba/player/stats//id/3012/kyle-lowry"><i>ESPN</i></a>.</p>

<p>When rumors surrounding him heated up in February, Keith Pompey of <a target="_blank" rel="noopener noreferrer" href="https://www.inquirer.com/sixers/philadelphia-sixers-trade-rumors-kyle-lowry-toronto-raptors-20210225.html"><i>The Philadelphia 76ers</i></a> revealed that the Sixers were Lowry’s preferred trade destination should he and the Raptors part ways before the 2021 trade deadline. As much as he would love to to spend his remaining years in Toronto, Lowry would be intrigued by the idea of of playing for the Sixers.</p><p>Aside from having the opportunity to represent his hometown, joining forces with Embiid, Simmons, and Harris in Philadelphia gives him a realistic chance of reaching the NBA Finals again and winning his second NBA championship title.</p>

When to plant freesia bulbs