<p>As the 2021 trade deadline draws closer, rumors surrounding the reigning NBA champion <a target="_blank" rel="noopener noreferrer" href="https://www.inquisitr.com/6485054/nba-rumors-la-lakers-could-land-garrett-temple-for-wesley-matthe">Los Angeles Lakers</a> continue to heat up. The Lakers may remain as one of the heavy favorites to bring home the Larry O’Brien Trophy at the end of the 2020-21 NBA season but with the emergence of powerhouse teams like the Brooklyn Nets, they may still need to improve the roster around LeBron James and Anthony Davis in order to have a legitimate chance of defending their throne this year.</p>

Skincare Tools That Will Get You Selfie Ready

Potential Trade Targets For The Lakers 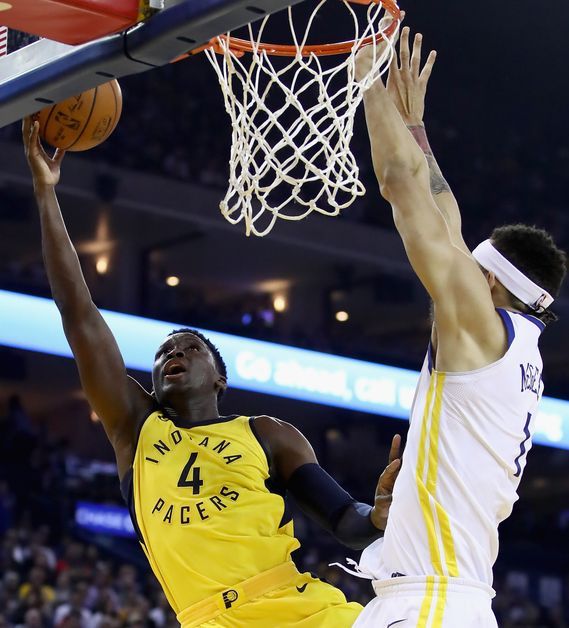 <p>In the past months, the Lakers have already been linked to several players who are rumored to be available on the trading block. These include veteran center JaVale McGee of the Cleveland Cavaliers and shooting guard <a target="_blank" rel="noopener noreferrer" href="https://www.inquisitr.com/6484751/nba-rumors-victor-oladipo-could-join-forces-with-nikola-jokic-ja">Victor Oladipo</a> of the Houston Rockets. Both players are currently available on the trade market and Nick Andre of <a target="_blank" rel="noopener noreferrer" href="https://clutchpoints.com/2-best-trades-the-lakers-must-make-before-the-2021-nba-trade-deadline/"><i>ClutchPoints</i></a> believes that acquiring Oladipo and McGee are the two best trades that the Purple and Gold could make before the March 25 trade deadline.</p>

<p>Bringing McGee back to Los Angeles would make a lot of sense for the Lakers. He would give them much-needed frontcourt improvement and his return would further solidify their performance on the defensive end of the floor.</p><p>When they signed Marc Gasol in 2020 free agency, the Lakers thought that he could provide a major upgrade at the center position. Unfortunately, Gasol has failed to live up to expectations and has been a huge disappointment for Los Angeles.</p><p>McGee may doesn’t possess Gasol’s floor-spacing and passing skills, but he can move faster on the court and is more familiar with Coach Frank Vogel’s system.</p>

<p>Oladipo may have gone through plenty of ups and downs in the past two seasons, but he would still be an incredible addition to the Lakers. His arrival in Los Angeles would help them improve their offensive efficiency that currently ranks No. 17 in the league, scoring 108.9 points per 100 possessions, per <a target="blank" rel="noopener noreferrer" href="http://www.espn.com/nba/hollinger/teamstats//order/true"><i>ESPN</i></a>.</p><p>He would give the Lakers a very reliable third scoring option next to James and Davis, as well as a decent playmaker, rebounder, perimeter defender, and floor-spacer. This season, he’s averaging 20.3 points, 5.2 rebounds, 4.7 assists, and 1.4 steals while shooting 39.6 percent from the field and 32.2 percent from beyond the arc, per <a target="_blank" rel="noopener noreferrer" href="https://www.basketball-reference.com/players/o/oladivi01.html"><i>Basketball-Reference</i></a>.</p>

<p>If he becomes more consistent with his performance and manages to stay away from any major injury, Oladipo would allow the Lakers to create their own "Big Three" that could match up against the Nets’ trio of James Harden, Kevin Durant, and Kyrie Irving. However, trading for Oladipo comes with a price and would require the Lakers to give up some important members of their rotation.</p><p>"In order to successfully grab Oladipo, the Lakers would need to match salaries with veterans Kentavious Caldwell-Pope, Wesley Matthews, and Markieff Morris," Andre wrote. "As a sweetener, the Lakers would need to add promising youngster Talen Horton-Tucker to be part of the Rockets’ youth movement. It may be tough for the Lakers to give up a future piece, but Oladipo makes the Lakers that much scarier for a repeat bid."</p><p> </p>