Since the 2020 offseason, rumors are circulating that the Golden State Warriors are planning to add another superstar to their roster. The Warriors may have decided not to make any major move before the 2021 trade deadline, but it doesn’t necessarily mean that they have already given up hope of acquiring their fourth All-Star on the trade market.

When the 2020-21 NBA season is officially over, the Warriors are expected to be active on the market searching for a player that would help Stephen Curry, Klay Thompson, and Draymond Green reclaim their throne and revive their dynasty next year.

Warriors Planning To Continue Pursuit Of Kristaps Porzingis In 2021 Offseason 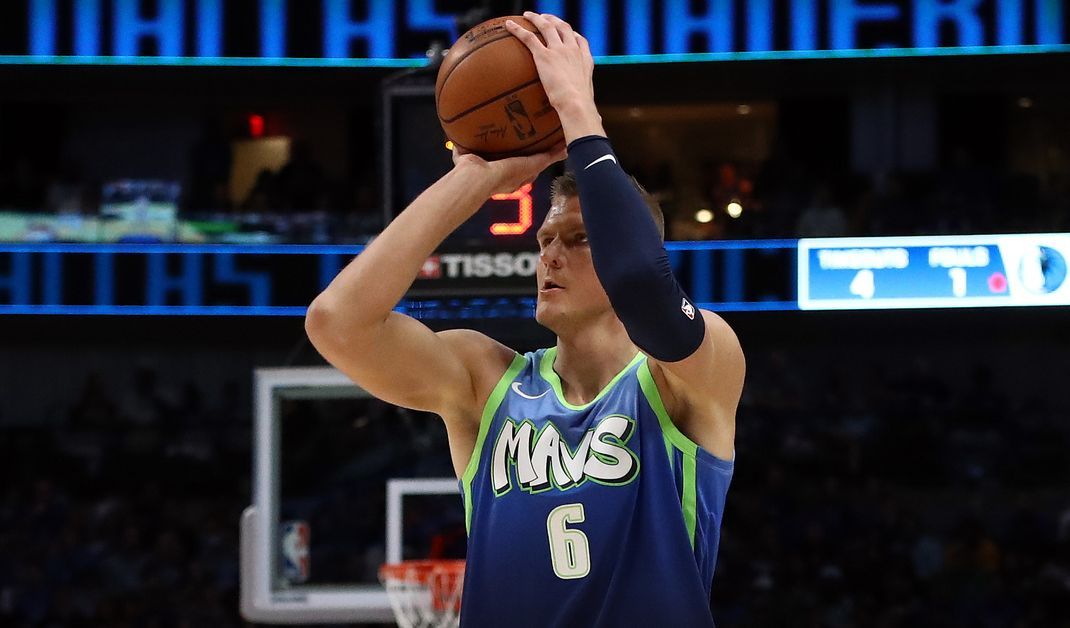 One of the players that the Warriors could target in the 2021 offseason is Kristaps Porzingis of the Dallas Mavericks. When Porzingis’ name surfaced on the rumor mill this season, the Warriors were among the teams that expressed interest in acquiring him from the Mavericks, per Bleacher Report. Though they failed to secure a deal before the 2021 trade deadline, an NBA executive who spoke to Evan Massey of NBA Analysis Network revealed that the Warriors would continue their “pursuit” of the Latvian center after the 2020-21 NBA season.

“The Mavericks are more than open to trading Kristaps Porzingis. They listened to a lot of offers ahead of the trade deadline and he will be available this offseason for the right price as well. A team like the Golden State Warriors, who showed interest in him at the deadline and are expected to continue that pursuit in the offseason, would make a lot of sense.”

Trading for Porzingis would definitely be a huge gamble for the Warriors. However, when he’s 100 percent healthy, an NBA scout who spoke to NBA Analysis Network believes that pairing Porzingis with Curry, Thompson, and Green would give the Warriors “an overwhelming amount of shooting” and make them a more dangerous team on the offensive end of the floor.

“With Draymond’s playmaking, having a stretch-five like Porzingis with extended range would bring the best out of the Warriors’ offense. Assuming Thompson gets healthy, Golden State would have an overwhelming amount of shooting.”

Despite his health issues and lucrative contract, the Mavericks are still expected to demand a massive return if they decide to trade Porzingis in the 2021 offseason. In order to convince them to send the Latvian center to Golden State, the Warriors would likely need to give up a trade package that includes James Wiseman and the Minnesota Timberwolves’ 2021 first-round pick.

Also, to match Porzingis’ salary without giving up Curry, Thompson, or Green, the Warriors would also have to include Andrew Wiggins in their offer.

Kristaps Porzingis Would Welcome A Trade To Golden State

Porzingis may not have shown a strong indication that he already wants out of Dallas, but he would definitely be intrigued by the idea of playing for a team like the Warriors. Compared to the Mavericks, teaming up with Curry, Thompson, and Green in Golden State would give him a realistic chance of reaching the NBA Finals and winning his first NBA championship title in the 2021-22 NBA season.

Also, having Curry and Thompson as his teammates could help Porzingis further improve his floor-spacing skills.