Two years since they lost Al Horford, the Boston Celtics are yet to find the solution to their problem at the starting center position. They may have signed Tristan Thompson in the 2020 free agency but with his current performance, he’s clearly not the player that would help the Celtics fill the Horford-sized hole in their frontcourt.

When the 2020-21 NBA season is officially over, Celtics president of basketball operations and general manager Danny Ainge is expected to be more aggressive in targeting a quality big man on the trade or free agency market.

Celtics Could Try To Steal Domantas Sabonis From Indiana 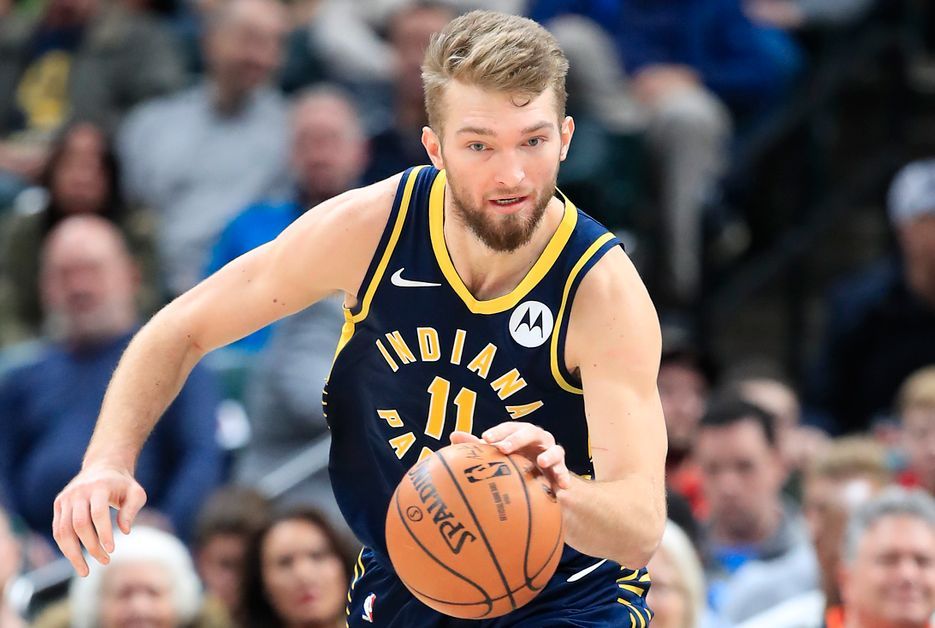 One of the dream trade targets for the Celtics in the 2021 offseason is All-Star center Domantas Sabonis of the Indiana Pacers. In a recent article, Greg Patuto of NBA Analysis Network came up with a blockbuster trade idea that can convince the Pacers to send Sabonis to Beantown. In the proposed trade scenario, the Celtics would be sending a package that includes Thompson, Marcus Smart, Aaron Nesmith, a 2021 first-round pick, a 2023 first-round pick, and a 2021 second-round pick to the Pacers in exchange for Sabonis.

Sabonis would undeniably an incredible acquisition for the Celtics. He may not be as good as Horford on the defensive end of the floor but if he continues to improve his game, he would provide the Celtics a long-term solution at the starting center position.

He would give them a very reliable scoring option under the basket, as well as a great rebounder, on-court facilitator, and floor-spacer. This season, he’s averaging 19.9 points, 11.3 rebounds, 6.0 assists, and 1.2 steals while shooting 52.6 percent from the field and 30.5 percent from beyond the arc, per ESPN.

Though it would cost them a fan-favorite in Smart and future draft assets, trading for Sabonis would definitely be worth it for the Celtics. If they succeed to acquire him for the Pacers, they would undoubtedly become a more competitive team in the Eastern Conference in the 2021-22 NBA season. Aside from what he can contribute on both ends of the floor, what makes Sabonis a more interesting addition to the Celtics is his age.

At 24, Sabonis perfectly fits the timeline of Celtics’ franchise cornerstones Jayson Tatum and Jaylen Brown. If they grow together and build good chemistry, the Celtics could form a “Big Three” that could dominate the entire league for a long period of time.

Why The Pacers Would Make The Trade

If the trade becomes a reality, it would not only be beneficial for the Celtics, but also for the Pacers. As Patuto noted, the potential deal would not only allow the Pacers to create some salary cap space, but it would also enable them to add two quality veteran role players in Smart and Thompson, a talented prospect in Smith, and three future draft picks that they could use to further solidify their core.

“Indiana could be looking to cut salaries in the offseason. They could take on players like Marcus Smart and Tristan Thompson because they would be cheap and could fill important roles. Prospect Aaron Nesmith would be part of the deal, including two first rounders in the future, would be on the way to the Pacers.”

Heart attack: Lead an anti-inflammatory lifestyle to minimise your risk

Jeremy Clarkson says left are 'aroused' over Boris take down: 'The hyenas are circling'

Jeremy Clarkson says left are 'aroused' over Boris take down: 'The hyenas are circling'