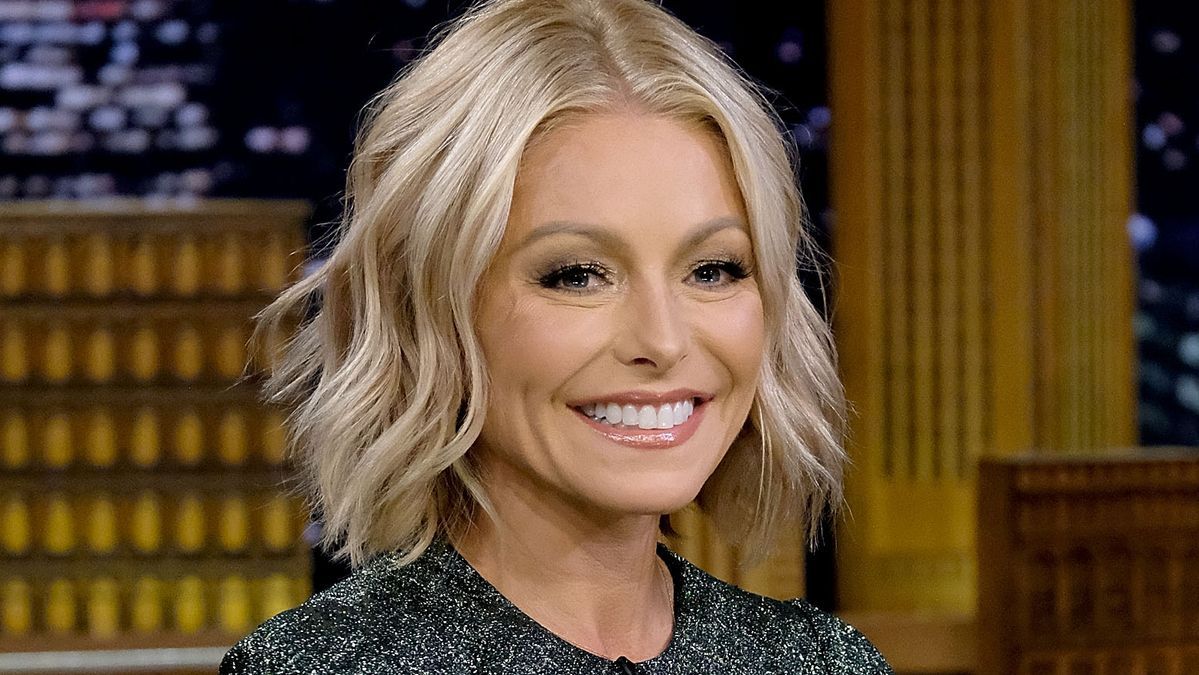 Kelly Ripa is bursting with lollipops energy and looking a vision in a slinky, figure-hugging, and yellow dress to kick off the week. The 50-year-old talk show queen, fresh from celebrating 25 years of marriage to 1996-married husband Mark Consuelos, was today back with the other man in her life – 46-year-old co-host Ryan Seacrest was joining the blonde for Monday’s airing of Live! With Kelly and Ryan, and there was a special guest. Director Art Moore was joining the two-some, and it was birthday action. Check it out below.

Kicking Off The Week In Style

Scroll for the photos, ones bringing the pint-sized star looking her usual, flawless self. Kelly, whose stylish outfits come with their own #KellysFashionFinder on Instagram, had been snapped all smiles and with Ryan and Art, on the set, and looking gorgeous.

The mom of three, going daytime-appropriate, highlighted her famous trim frame in a short-sleeved, bright yellow dress, one that came with a loose, but figure-hugging finish. There was even a slightly smug, but likely-unintentional, smile as Kelly held up two lollipops – Ryan was laughing as he did the same.

Keep Scrolling For The Photo

The syndicated talk show, one that Kelly has hosted since 2001, actually shared two photos, with another shouting out today’s other guest:  author Julianne Marguiles was on. See both photos below, plus the latest on Kelly.

If you aren’t up-to-date, it’s been a very busy few days for the former actress, ones seeing her front media outlets for a major marriage milestone and revealing that husband Mark got her the “best gift ever” to honor the 25 years they’ve been married. 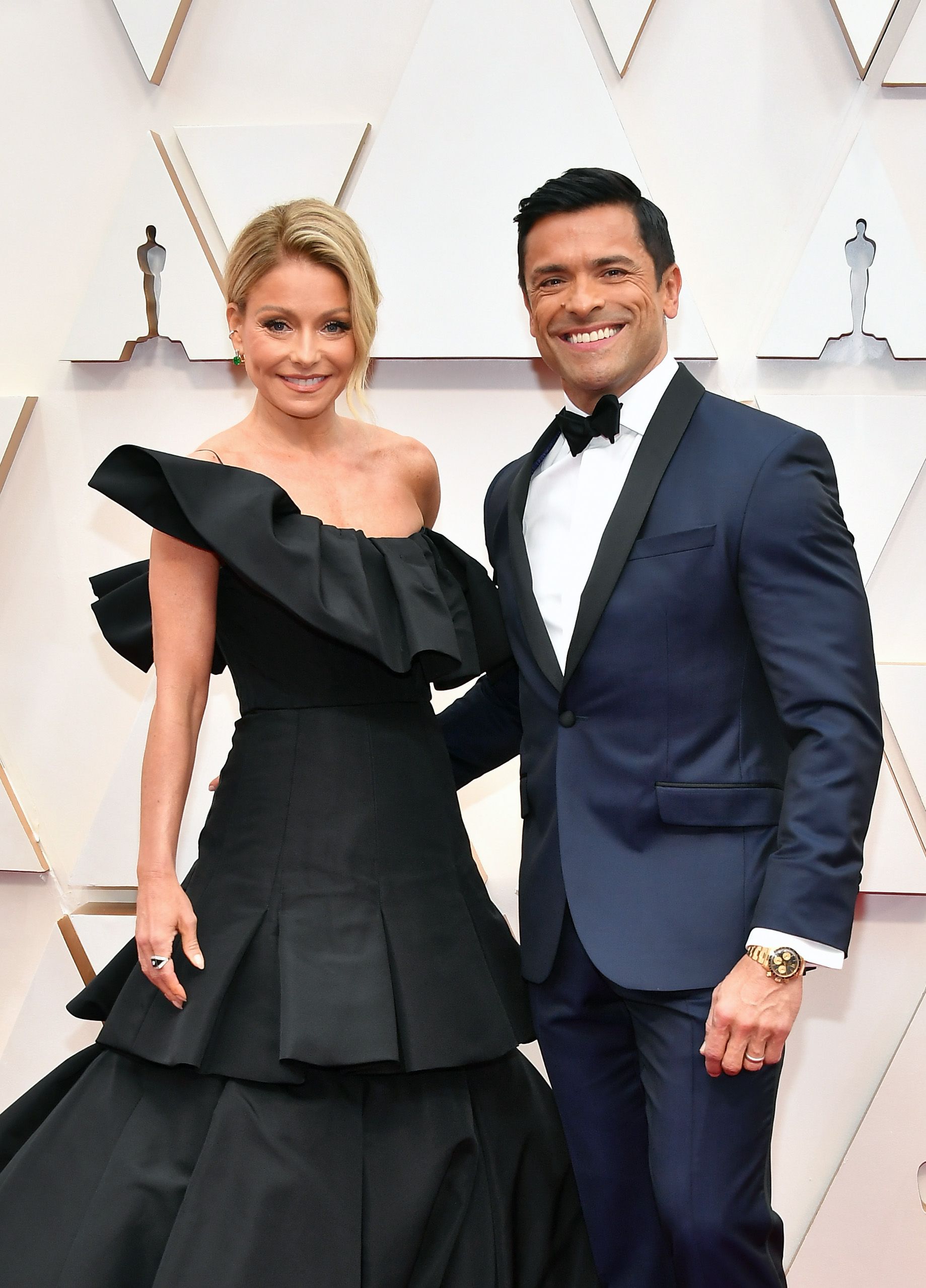 Mark, who took the time to make a collage of throwback photos, even including the birth of the couple’s three children Lola, Michael, and Joaquin, told Kelly:

“Happy 25th Anniversary. If I were to write a book of our story, these are the 25 places that could have their own chapter. All of these places mean so much to me – and hopefully to you too. Love, Mark.”

Kelly, who has been sharing honeymoon photos of her actor husband, did not ignore the date, either.

Kelly posted for her 2.9 million Instagram followers, sharing her own collage with a caption reading: “Happy 25th Anniversary to the love of my life @instasuelos in the blink of an eye. Because when you know, you know. Thank you for all of the dreams you made reality. ♥️♥️♥️♥️♥️ (wedding, 5,10,15,20……..#25) #silver.”

Congratulations quickly poured in, with Ryan Seacrest sending the thumbs-up and Mark, 50, swooping in to say: “Thank you for saying yes.” Kelly and Mark reside in their $27 million NYC townhouse.