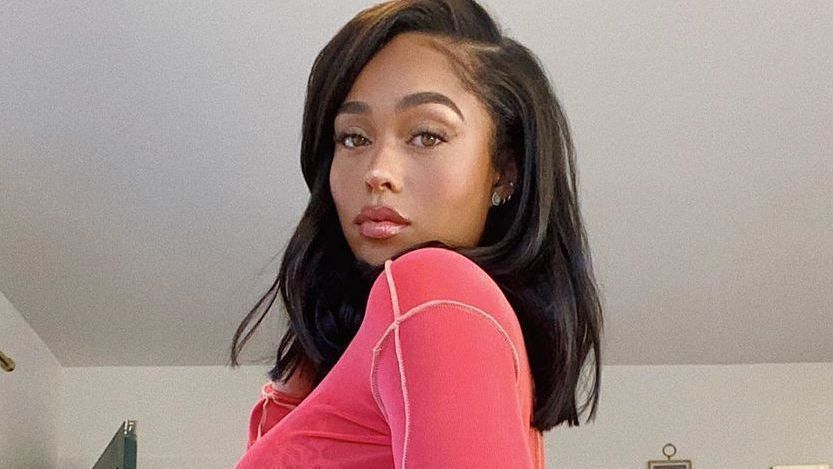 Jordyn Woods is attracting suggestions that she’s insecure while stunning fans on a luxury Caribbean vacation. The 23-year-old model has been soaking up the sun in St. Lucia as she celebrates her one-year anniversary with NBA player boyfriend Karl-Anthony Towns, with photos on the SECNDUTURE founder’s Instagram documenting everything from her chocolate-making to her swimwear. Posting ahead of the weekend, Jordyn wowed in an edgy, cartoon-print bikini with tons of Chanel accessories, seemingly now bringing fans thinking she isn’t confident. See why below. 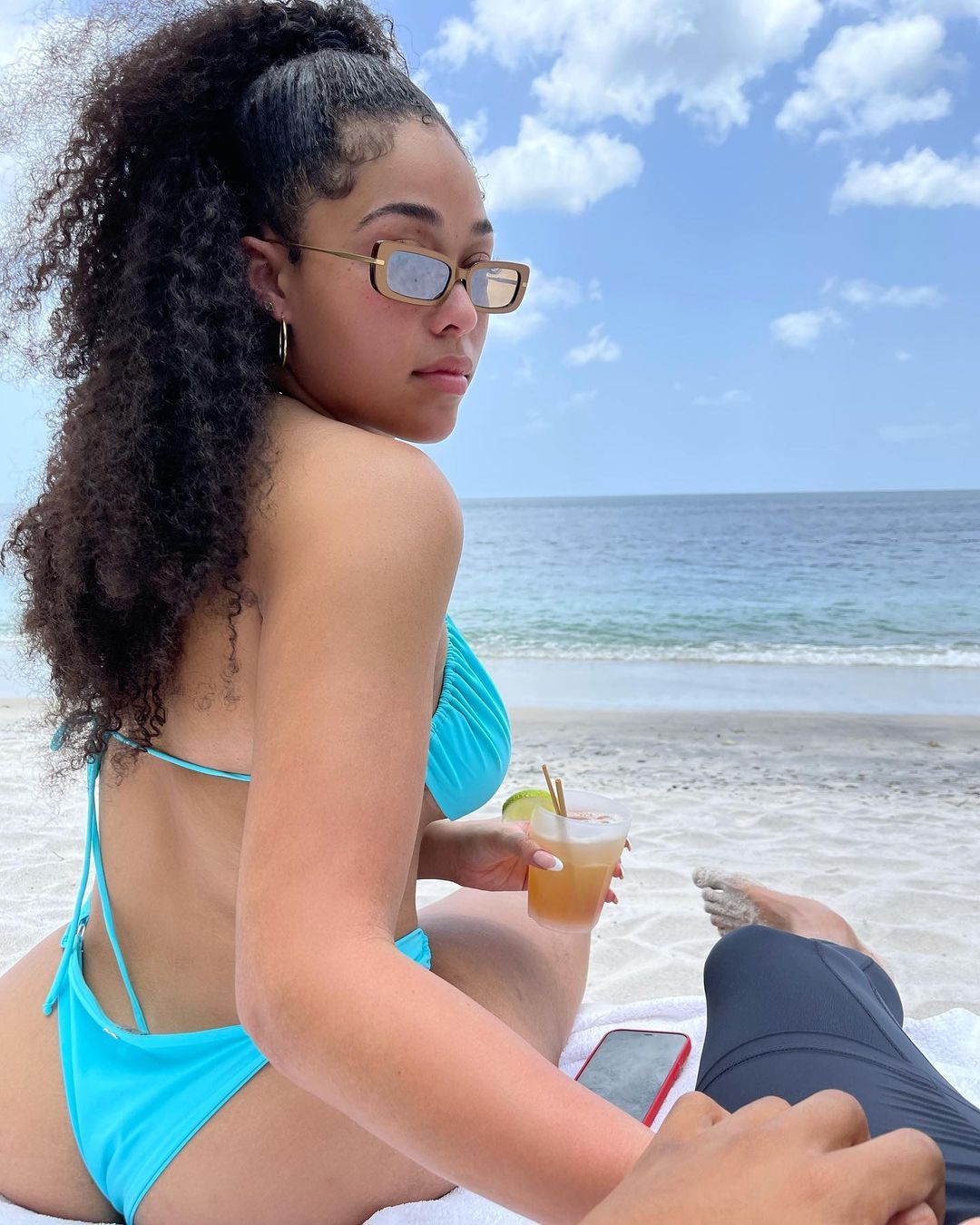 Scroll for the photos. While former BFF Kylie Jenner parades her bikini looks from a tropical getaway, Jordyn is proving she can do the same. The California native, currently in St. Lucia with boyfriend Towns, wrote: “Pinch me, I’m dreaming” after sharing slideshows of the couple’s trip, one that has included beachfront moments and cocktail chilling.

Jordyn’s latest post brought her solo, poolside, and showing off her pandemic weight loss  as she rocked a halterneck bikini in dark pinks, blues, and with a fun pink cartoon woman on the top.

See The Snaps Below!

Posing backed by ocean waters, swaying palms, and jaw-dropping seafront cliffs, the Frst Place founder wore an off-the-shoulder and distressed jacket plus a flat straw hat, one that was placed in front of Jordyn’s bikini bottoms as fans swiped right.

“Good morning,” the brunette beauty wrote, snagging over 100,000 likes in an hour. Jordyn was told “Love you” by mom Elizabeth Woods, but the model likewise garnered a comment telling her to celebrate her confidence. Swipe below for all the photos – scroll for the comment.

Fan Question Over The Hat 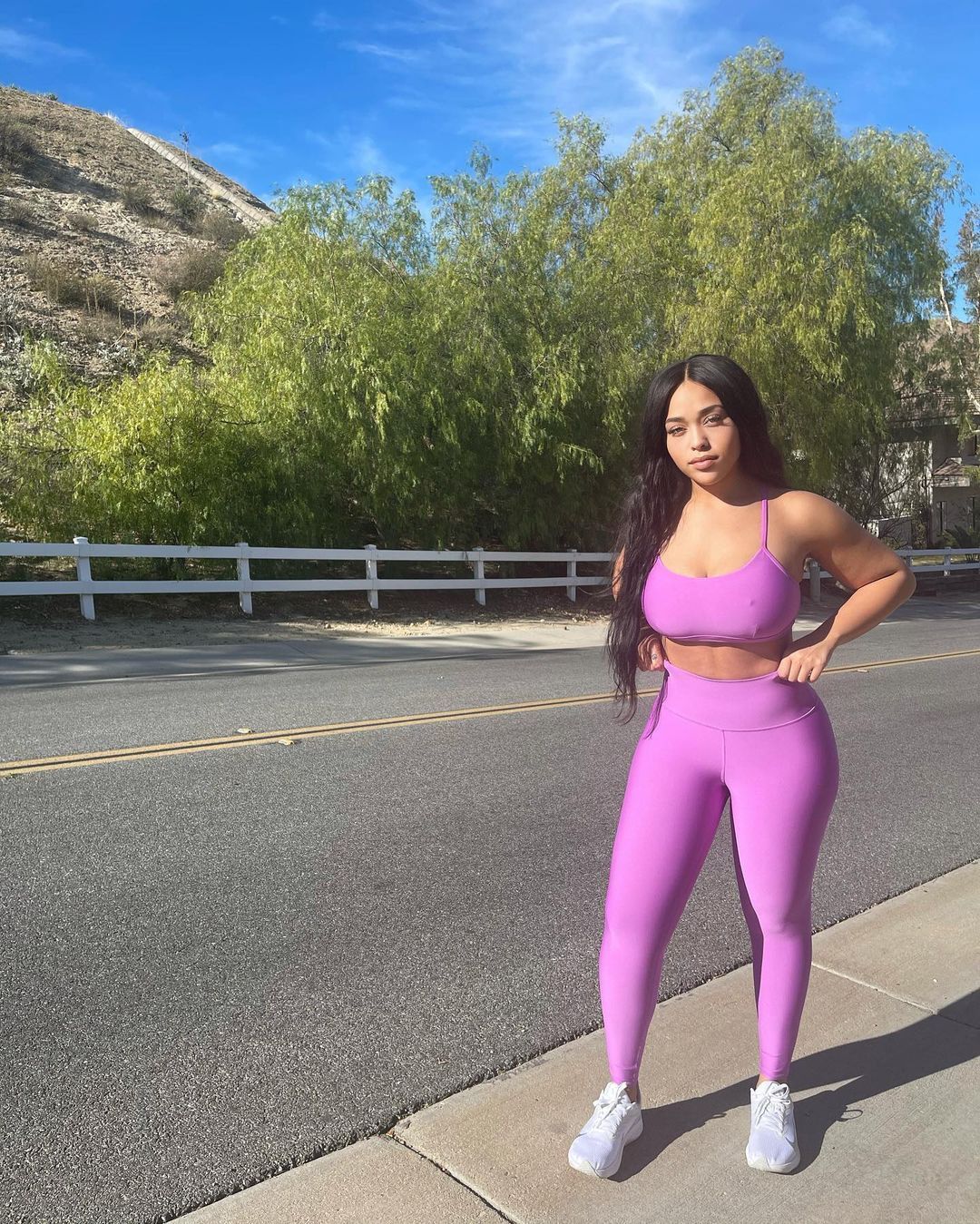 The user, gaining likes, wrote: “Why are you covering your stomach with the hat? You look phenomenal girl!” Another jokingly replied that Woods was attempting to protect her modesty, with others gushing over the star who was, for so long, tied to negativity amid her February 2019 cheating scandal.

It’s Not About Weight Loss

Jordyn, who has revealed shedding weight as she gets fitter, has opened up, particularly on the comments she’s received.

“When I first started working out and losing weight, I did get some people saying that “oh you’re not a body positive person anymore,” she told Teen Vogue, adding: “And I feel like I didn’t really understand where they were coming from. Because body positivity to me is loving yourself and wanting to be the best version of yourself and not caring what anyone has to say.”