Ireland Baldwin has never been shy about showing her fans what she looks like without makeup on, but the tattooed model does like to play up her natural gorgeousness with a little face paint every once in a while. Her latest Instagram share revealed that she also likes to test her cosmetics out before fully committing to them.

Kathy Hilton Didn't Join 'RHOBH' To Increase Her Net Worth

Unfortunately, experimenting with makeup by wiping different products off of the face’s sensitive skin over and over again can cause irritation. Luckily for Ireland, she has devised a creative way to test her cosmetics products. 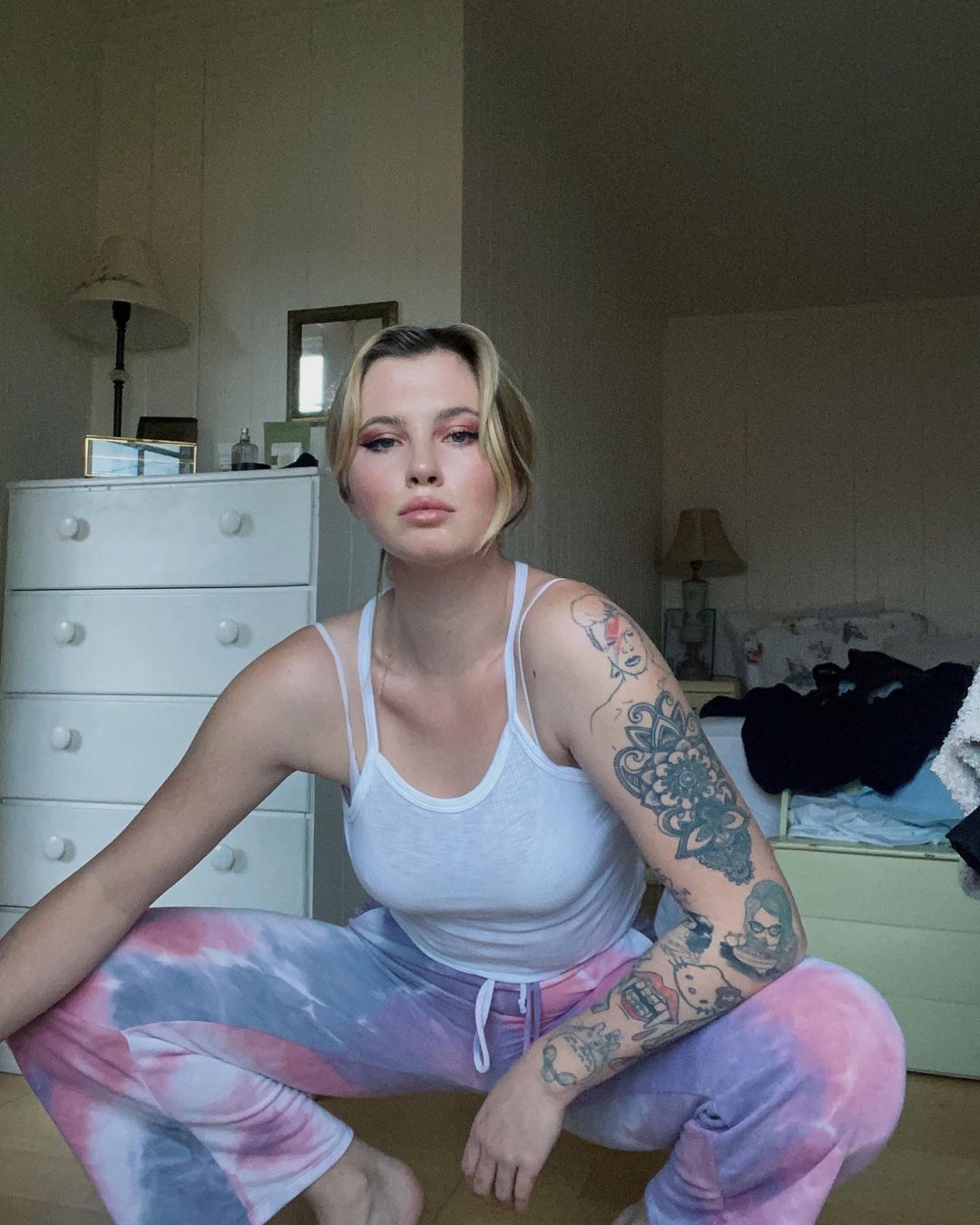 In the video that she posted, Ireland didn’t appear to have any makeup on. In the past, she has revealed that she suffers from the skin condition rosacea, but her cheeks were only slightly flushed. Her full lips were their natural rose petal pink hue, but she seemed interested in changing their color significantly.

Ireland got up close to the camera and turned her right shoulder toward it so that her face and the David Bowie tattoo on her shoulder were in full view.

David Bowie Gets A Mini Makeover

Ireland’s ink is a line drawing of Bowie’s famous Aladdin Sane album cover portrait from 1973. The cover art shows him with his eyes closed and a pink lightning bolt painted across his face. Ireland’s tattoo includes the slash of color, but the rest of Bowie’s face is bare.

In her caption, she explained what she was doing in her video.

“Sometimes I use him as a swatch when I’m tired of rubbing makeup on and off… I don’t think he would mind,” she wrote of the late musician.

Ireland Experiments With Makeup On A Rock Icon

Ireland once listed Bowie as one of her biggest style icons, and she deemed his portrait her favorite tattoo. To show off how he helps her with her beauty looks, she raised the wand from a tube of lip gloss up to his likeness. The lip color was a rich wine color.

Ireland expertly applied the color to Bowie’s lips using the tip of the wand. She did an excellent job staying between the lines, but she wiped off a tiny bit of errant gloss while admiring her handiwork.

Ireland’s Fans Are Obsessed With Her Creative Makeup Hack

It’s not uncommon for beauty influencers to test swatches of lip color, eyeshadow, and blush on their arms to see what they’ll look like on their skin, but Ireland’s IG followers were seriously impressed with the unique twist she gave the makeup testing trick. Many of them assured her that the late “Space Oddity” singer would likely approve of her creative makeup hack.

“This is actually genius,” wrote one commenter.

“Love this. He would too,” added another fan.

“Haha awesome! Great tattoo and you are the most beautiful woman,” a third admirer chimed in.

“I think he would prefer anyone with a tattoo of his face to do this actually,” read a fourth message.

AstraZeneca vaccine side effects: 16 reported side effects – from most common to uncommon